Cape Town’s property economy is being “brought to its knees” because the City of Cape Town is unable to process rates clearance certificates in fewer than 30 days, says the Law Society of the Cape of Good Hope.

In a strongly worded letter sent to mayor Patricia de Lille and deputy mayor Ian Neilson, the Property Law Committee of the Law Society cautioned that the situation – reportedly caused by a hi-tech computer system – “has reached its zenith and credibility has been compromised”.

The livelihoods of countless property buyers, sellers, estate agents and conveyancers were at risk as property transactions were held up pending rates clearances from the city, said the committee.

“It is holding up all property transactions in the city at present.”

Property transactions can’t be lodged with the Deeds Office and registered until attorneys get a rates clearance certificate.

While Neilson admitted yesterday that there were problems with the electronic rates clearance system, he said the city was “already actively addressing the issues”.

Only nine percent of the total payment schedules issued since October 21 were older than 10 working days and since then, the city had processed just over 14 000 requests for new payment schedules.

He said only 1 304 payment schedules were still a work in progress and 1 244 were older than 10 working days.

But the Law Society said it was evident from the number of complaints from attorneys and the property industry that not enough was being done to deal with the problem.

There were also concerns that the festive season would further delay rates clearances.

Smith Tabata Buchanan Boyes posted on its website: “Please be aware that currently there are huge delays at the City of Cape Town with regard to the issuing of rates clearance certificates: they are between 25 and 30 days behind their turnaround time schedule.

“This causes a delay in all transfer transactions and is understandably of great concern to sellers, purchasers, agents and ourselves.

“We are therefore doing our utmost to speed along the receipt of clearances, where possible.”

One of the Re/Max branches in the northern suburbs confirmed that there were huge delays, “much to the frustration of buyers and sellers”. Long turnaround times were holding up nearly all of the estate agent’s property transactions.

An advanced computer system that was supposed to speed up the rates clearance process is the source of the disruptions.

Instead of efficiently processing clearances, the system has been kicking out error messages.

In May, city officials told the Cape Law Society that tweaks to the system would improve the turnaround time.

But the new advanced system introduced in October led to a complete suspension of operations.

“The introduction of a rather incongruous data verification process upon application seems to be the principal object of the new advanced electronic rates clearance operation, which has brought the entire property economy to an abrupt halt,” said the Property Committee.

“The conveyancing fraternity is arguably the most important part of the City of Cape Town’s rates collection chain and therefore deserves to have access to an efficient, effective and accessible process, which does not place a burden on the profession.

The Law Society said this disruption would “cripple” legal practices and “bring the property economy in the Cape Metropolis to its knees”.

But Neilson disagreed, saying: “The city fully agrees that the facilitation of property transfers is important to our city economy and we take the matter of efficient processing of transfers and the city’s role in the process very seriously.

“We however do not agree that it is crippling the whole property economy.

“It is clear from our efforts to correct the situation that the large majority of the transactions have been processed and are within or close to our target completion time.” 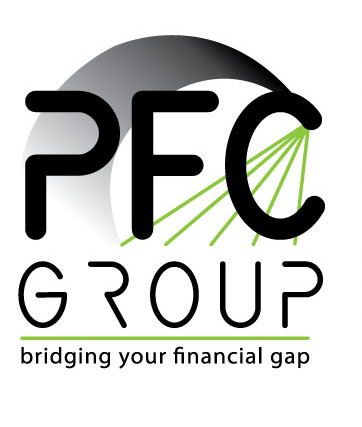 "Happiness is not in the mere possession of money; it lies in the joy of achievement, in the thrill of creative effort." - Franklin D. Roosevelt

Did you find apk for android? You can find new Free Android Games and apps.